Eight counties comprise the Diocese of Altoona-Johnstown — Bedford, Blair, Cambria, Centre, Clinton, Fulton, Huntingdon and Somerset. The Diocese is divided into eight Deaneries, or geographic administrative units. As of 2016, the total Catholic population of the eight-county area was 84,039.

The Church of Altoona-Johnstown is home to 87 parishes, which are served by Diocesan priests and priests from various religious communities, including the Third Order Regular Franciscans, the Conventual Franciscans, and the Order of Saint Benedict. 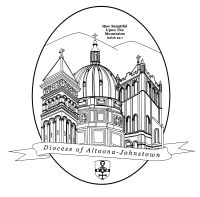